The death of Bin Laden - what next for US foreign policy? 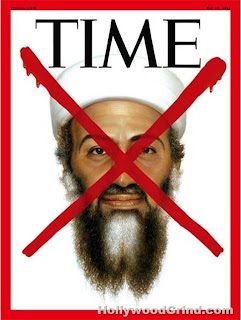 Chris Nineham of Stop the War Coalition takes a long term view of what the world looks like following Bin Laden's death and the resulting jingoism and xenophobia from the US camp and its impact on Muslims.
Robert Fisk, a really serious and experienced journalist with a deep knowledge of the Middle East and the Arab world, poses the question, what is the future of US foreign policy now vis a vis Central Asia, North Africa and the Middle East.
In the meantime, Stop the War Coalition has issued the following statements and news of forthcoming events.
STOP THE WAR COALITION
Newsletter No. 1199
4 May 2011
Email office@stopwar.org.uk
Tel: 020 7801 2768
Web: http://stopwar.org.uk
Twitter: http://twitter.com/STWuk
Facebook: http://www.facebook.com/stopthewarcoalition

2) CAMPAIGNING IN THE COMING WEEKS

3) END THE SIEGE OF GAZA: NATIONAL DEMONSTRATION 14 MAY

5) AFGHANISTAN AND THE WAR ON TERROR TEN YEARS ON

Bin Laden is dead but the "war on terror" continues as before.

2011 is the most violent year in Afghanistan since the invasion

ten years ago. April was Iraq's most deadly month since 2009. The

war on Libya, still being sold as "humanitarian intervention" to

protect civilians, has sunk to the level of killing three of

Gaddafi's grandchildren, all under the age of twelve.

As Andrew Murray, national chair of Stop the War, wrote in his

recent Guardian article, bin Laden's death is a fork in the road

in world politics. The choices are stark: end the "war on terror"

now, or else continue with a policy "which only offers the

fight to the western powers in the only way they see available".

has been hailed a turning point in the 'war on terror'. The

assassination, it is claimed, will draw a line nearly 10 years

after 9/11. But if the US really wants to draws a line under

these wars it needs to adopt very different policies from those

which it is now pursuing.

Afghanistan. The capture or killing of bin Laden was a stated aim

in the words of George Bush. Since that time, tens if not

hundreds of thousands have died in Afghanistan, the Taliban have

gained in strength, and the pro US government is one of the most

corrupt in the world. There is no justification for the war.

The US and Britain should remind themselves of the grievances

which bin Laden claimed in 2001: the presence of US troops in the

Middle East; the treatment of the Palestinians; and the continued

sanctions against Iraq. All of these grievances have worsened in

the last ten years. There are now western troops in Iraq,

Afghanistan, US bases all over the region, and an intervention

including troops and airstrikes in Libya. The Palestinians suffer

even more, and have been subject to aerial attack by Israel. Iraq

suffers full scale occupation as a result of the war in 2003.

The war has been extended into Pakistan, not just with Special

Forces operations such as the killing of bin Laden, but with

drone attacks which have killed thousands of Pakistanis and

created great instability in the country.

and despots across the Middle East. Only the uprisings of the

peoples in these countries has in any way altered that policy,

and even now, while waging war in Libya, the west turns a blind

eye to the atrocities in Bahrain and the repression in Saudi

The war against Libya is not about humanitarian intervention but

about the western powers _ especially the former colonial powers

in North Africa_ trying to regain control of the region. The

airstrikes should stop immediately and all troops including

Special Forces and advisers should be withdrawn.

These policies have not helped to end terrorism, but have made it

ago; now it is a presence in a number of Middle Eastern

countries. The latest events will in all likelihood lead to more

attacks by al Qaeda, including in Europe and the US. The only way

it to flourish in the first place.

2) ANTI-WAR CAMPAIGNING IN THE COMING WEEKS

petitioning etc, to raise the profile of the anti-war majority in

this country that opposes the escalating aggression of the

western powers, and, specifically, to call for the immediate

withdrawal of all British troops from Afghanistan and an end to

the bombing of Libya.

Campaign leaflets and petition sheets are available to download

3) END THE SIEGE OF GAZA: NATIONAL DEMONSTRATION 14 MAY

The plight of Palestinians continues to deteriorate, as Israel

maintains its siege of Gaza, denying its people basic resources,

and escalates its theft of Palestinian land and property on the

West Bank and in East Jerusalem.

Stop the War has joined with Palestine Solidarity Campaign, CND,

British Muslim Initiative and Palestinian Forum in Britain, in

calling a national demonstration on Saturday 14 May against

demonstration is supported by many other organisations. Full

For updates, go to: http://bit.ly/mLTDTI

The West's assaults on three Muslim countries in the last ten

years have been accompanied by a chorus of anti-Muslim

propaganda, which will no doubt swell further in the aftermath of

the killing of Osama Bin Laden.

To discuss the effects of Islamophobia and how to campaign

against it, Stop the War, as part of the Enough Coalition, is

organising a day conference which will bring together community

anti-Muslim attacks, from Britain, Europe and the USA.

Germany and Professor John Esposito from the USA (FULL LIST OF

The event if free but places are limited, so early booking is

advisable. Please register to book your place at

5) AFGHANISTAN AND THE WAR ON TERROR 10 YEARS ON

Anger against the western powers will only be increased by recent

events. The Taliban have just announced the start of the fighting

season in Afghanistan, Pakistan is deeply destabilised by the

"war on terror". The British government has now admitted that the

war on Libya could be "a long haul".

Stop the War's day conference on Saturday 11 June will highlight

wider imperialist intervention. Central to the discussion will be

the next steps in the campaign to get the troops home.

Families Against the War and David Gentleman, the artist who

designs the now legendary bloodspot placards and posters for Stop

AFGHANISTAN AND THE WAR ON TERROR 10 YEARS ON

For updates, go to: http://bit.ly/gjt1qE

Admission is £5. Please book in advance by emailing

Stop the War's YouTube channel, started just a few months ago, is

proving very popular, with close to 100,000 views already. Over

week. The two most recent are:

* Look who came to the royal wedding: dictators, torturers, human