Not been able to blog about this for almost a week, having had a very busy week last week plus being tied up with other things over the weekend - mostly pleasurable, although I was also running around like a maniac trying to get signatures on motions for the Green Party's autumn conference in September - deadline for motions is tonight at midnight. 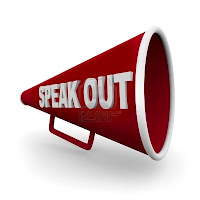 Well when I wrote last week that the Board meeting would be frosty it was an understatement. I was subjected to the full reading of the riot act treatment, and made to feel like a miscreant, or probably what some whistleblowers experience in the NHS. I also discovered that my blog now has the full and undivided attention of the LAS Press Office, and so I am aware that anything I write here from now on will be closely scrutinised. However, as I have not written anything libelous or defamatory, I shall not be deterred as this is my personal blog after all.

I became aware of this at the Board meeting when the Chair suddendly turned and addressed his remarks to me and requested that they be minuted. Copies of my blog post of last week about the LAS and the involvement of Richard Barnbrook etc, were on the board table in front of the Chair and Chief Exectuive - later the Press Officer told me that she had brought it to their attention. I was accused of "serious misrepresentation" told that the LAS were striving to increase their BME representation among their staff etc. But two points really stood out for me in the Chair's statement. One was that the current vacancy on the LAS Board would be filled by "the most capable candidate" which clearly implied that there will be no effort to push for diversity. And secondly that the LAS will "work with all politicians whatever their background". The latter clearly refers to the BNP or their ilk. I simply do not think that this statement is sufficient and does not address the concerns I raised.

I listened to this reading of the riot act directed at me and, as I had predicted, apart from the Lead PCT Commissioner, I was the only member of the public present. I did not reply to this as it was the Chair's report to the board and I did not want to turn the meeting into a slanging match. However, when the Chair later stated that he and his board were not racist, I very quickly replied that I had not accused them of any such thing but of not having implemented their own policies on diversity.

There have been several developments since the meeting. Firstly, I have had some support from a blogger who works for the LAS and is asking similar type questions to mine.

Secondly, on Friday last the Green Party's Press Office issued a press release on the issue.

Finally, I was told that an article about all of this will be appearing in this week's issue of 'The Irish Post' one of the main weekly papers for the Irish community in the UK. All of this is likely not to go down well with the LAS but I have brought the debate into the open and I still expect many of my questions to be answered in a more satisfactory manner than they have been. I have also been assured of the support of the officers of the Patients Forum.

I pointed out to the Press Officer after the meeting that I have a responsibility to express the concerns of patients and service users no matter what hackles that may raise. And that the issue of equal ops provisions being sufficiently robust to prevent the election of a racist and Fascist to run London's ambulance service was a primary concern of mine and of many of the users of the London Ambulance Service.


And I do have to say that never have I felt the victim of a conspiracy theory before, but now I am certain that my blog is being perused for statements not in line with the views of the LAS senior management.
Posted by Joseph at Tuesday, May 31, 2011